The Turks refused to produce car seats for AvtoVAZ in Russia 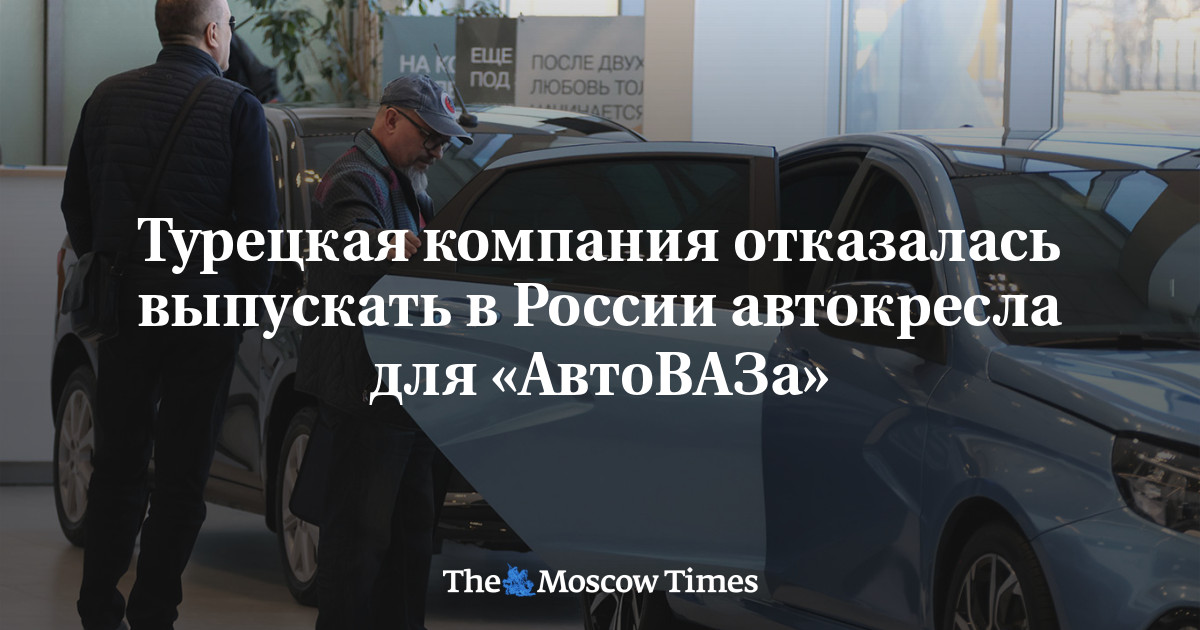 The Turkish company Martur will stop the production in Ulyanovsk of car seats for Renault cars produced at AvtoVAZ. According to Interfax, the governor of the Ulyanovsk region, Alexei Russkikh, will discuss the issue of foreign companies leaving Russia with AvtoVAZ director Maxim Sokolov next week. In addition, a delegation from the regional authorities will take part in the AvtoVAZ conference with suppliers on June 23.

There are 19 enterprises in the Ulyanovsk region that supplied components for AvtoVAZ. Their future has not yet been determined. “We need now (think – MT), what will we do with these enterprises, what will happen with the personnel, what are the prospects,” Russkikh believes.

In April, the French automaker Renault decided to transfer his factories in Russia to the state for the ruble. The Moscow Renault Russia plant, which the company has owned since 2005, will go to the Moscow government, and 68% of AvtoVAZ shares will go to NAMI.

Russian automakers relied on Chinese suppliers as a fallback option. After the release of Renault, AvtoVAZ is partially reoriented to companies from China, and KamAZ has a partner in the person of the Chinese JAC. Partial components from China are supplied to GAZ and UAZ. However, imports of spare parts from China, which Russian companies hoped for after the departure of Western manufacturers, also declined. The largest drop in imports was in March: to Russia components for $76.3 million against $117.1 million a month earlier. By May, the volume of imports amounted to $81.3 million, which is still lower than the volumes at the beginning of the year.