Russia is running out of spare parts for agricultural machinery 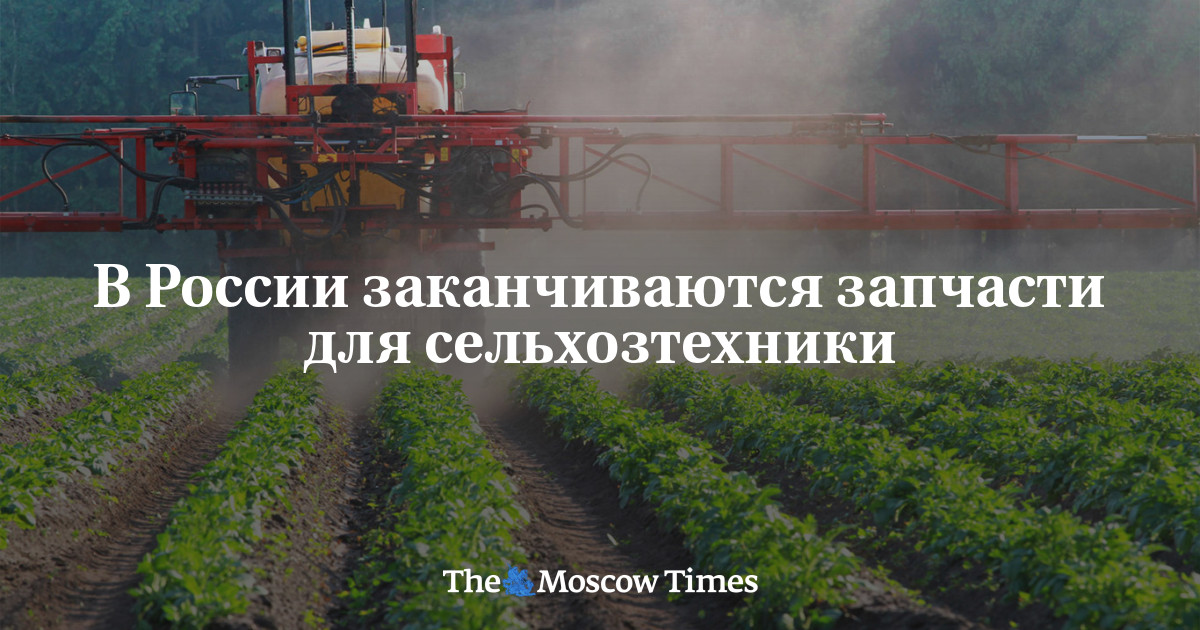 Russian farmers are faced with a shortage of spare parts for foreign agricultural machinery and difficulties in servicing. Prices for the remaining parts in stock have increased by 30-100%, the service has risen in price, Kommersant reports.

Imported machines in agribusiness now account for 30-40% of the entire fleet. Agricultural companies have already begun to leave one of their devices “for spare parts” and look for analogues among Russian manufacturers. For about 60% of imported parts, it will be difficult or impossible to find a replacement.

However, according to the head of the board of the Association of Dealers of Agricultural Machinery ASHOD Alexander Altynov, it is too early to prepare about the “mass cannibalism” of foreign equipment. According to his forecasts, this will happen at least in 1.5-2 years.

“The farther, the more articles are in short supply, but the situation varies depending on the brands. The most difficult situation is with John Deere, because they have a very large fleet, and no matter how large the warehouse is, it is depleted. There are practically no problems with AGCO yet, but this does not mean that they will not arise in the fall,” Altynov explained.

Andrey Neduzhko, General Director of the Steppe agricultural holding, noted that so far there were no problems with machines in his organization, and the enterprise itself had established new supply chains for all the necessary parts and equipment. But in general, the market already lacks turbines and hydraulic systems, especially the New Holland and John Deere brands, he said, hoping for government help in resolving the problem.

Now dealers are looking for alternative ways of supply, it will be difficult to buy the necessary goods directly, since many countries, for example, Kazakhstan, are afraid of secondary sanctions.

An anonymous interlocutor of the publication, who is familiar with the situation with foreign technology, pointed out the difficulties with the import of electronics and hydraulics – the latter is not produced in Russia.

The problems are aggravated by the presence in the fifth package of EU sanctions of a ban on the supply to the Russian Federation of cutting parts for headers for combines, injectors, hydraulic motors and other spare parts, as well as caterpillar tractors themselves. Difficulties in using software due to American licenses are partly solved by importing “cracked” versions from China.

It is possible to replace foreign equipment with Russian, but there will be difficulties with powerful tractors and combines, since even in China there are almost no tractors with an engine more powerful than 400 horsepower. In addition, it will be impossible to find bearings for such machines in the Russian Federation.

The Ministry of Agriculture told the newspaper that they were working to provide farmers with the necessary spare parts. In parallel, there are searches for new supply channels. The Ministry of Industry and Trade reported that Russian factories produce 85-90% of components.

Earlier, the Ministry of Agriculture spoke about the problems of Russia with the self-sufficiency of seeds. The 2022-2023 season will be difficult, the department noted.

NATO must be offensive to contain Putin