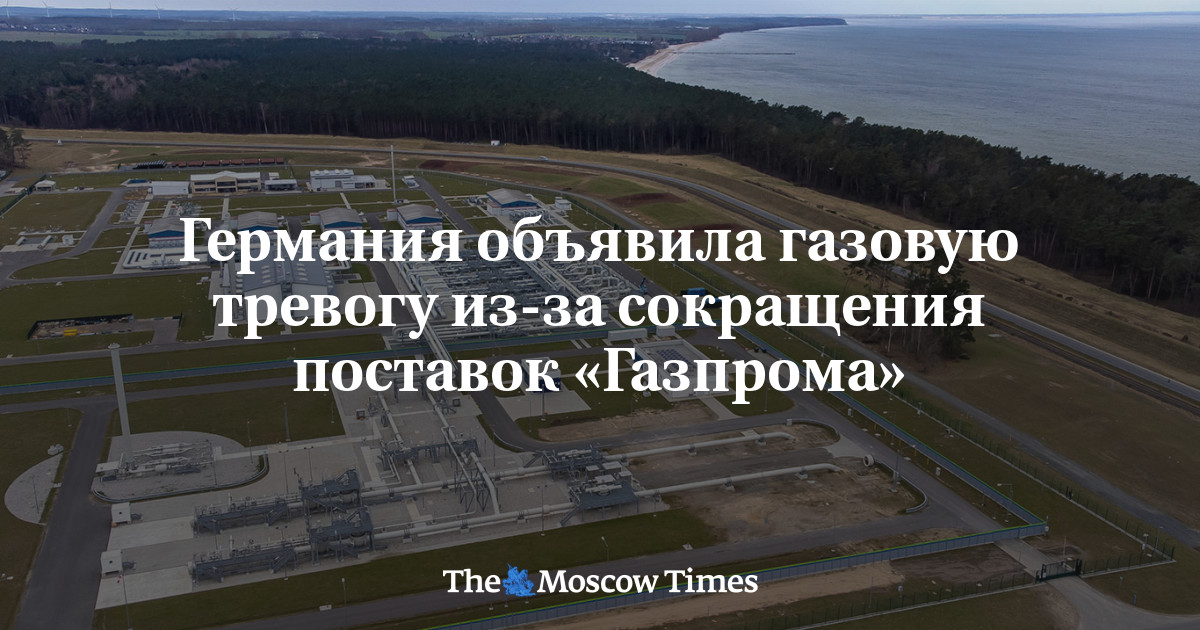 The “gas crisis” that Russia caused by reducing supplies via Nord Stream 1 by 60% forced Germany on Thursday to announce the transition to the second phase of the anti-crisis plan. It’s called an “alarm” and suggests that the authorities are seeing a “significant deterioration in the gas supply situation.” However, the market is still able to cope with it on its own.

The second phase also includes a change in the law that allows energy companies to pass on rising energy costs to industrial consumers and households. But for now, the government has said it will not activate the measure.

Normation of deliveries is not expected yet – they may be required in the third phase of the anti-crisis plan.

However, it may come in the foreseeable future. In Germany, they fear that Russia will completely stop all deliveries in July, using the repair work on the Nord Stream as an excuse. This will undermine the country’s plans to fill its storage facilities to 90% by November 1 to get through the winter.

“The supply situation is already tense even without the Nord Stream shutdown,” a German official told the Financial Times.

So far, the vaults are 58% full, more than usual for this time of year. But if deliveries from Russia do not resume in normal volumes, German companies will have to buy gas on the spot market, where prices have risen sharply.

“The situation could become just desperate.” Europe prepares for winter without gas

Russia began to limit pumping on June 14, and Italy, Austria, France, and Slovakia also began to receive less gas. Gazprom explained this by the fact that the Siemens Energy turbine used at the compressor station was sent for repairs to Canada, from where it was refused to be returned under the pretext of sanctions.

The issue of the turbine could even be raised at the June 26-28 G7 leaders’ meeting, “at least in the corridors,” Canadian Natural Resources Minister Jonathan Wilkinson told Reuters. Although it is not clear whether this is the reason for the reduction in supplies, he made a reservation. German Economics Minister Robert Habeck previously called the cut in gas supplies “politically motivated” and said repairs that affect supplies should have been carried out later.

Berlin now fears that Gazprom will use the Nord Stream maintenance scheduled for mid-July to leave Germany without gas altogether. It usually lasts two weeks. In past years, Gazprom compensated for the shutdown of the gas pipeline by increasing supplies to Germany through other channels – through Ukraine or the Yamal-Europe gas pipeline going to Poland, says Karsten Rolle from the German business confederation BDI. “But there are fears that they won’t do it this time,” Rolle told the FT, citing various technical reasons:

They have already reduced supplies to Nord Stream 1 by 60% and have not compensated for them by increasing pumping through other pipelines.

For Markus Krebber, CEO of the energy company RWE, it is “clearly clear” that Russia’s decision to cut gas exports is “political”, since deliveries below the contract are carried out not only through Nord Stream, but also through other pipelines.

James Weddell, an analyst at Energy Aspects, sums up: “Where is the guarantee that gas supplies will resume after maintenance is over?”

These concerns are shared by other experts. The day before, the Executive Director of the International Energy Agency, Fatih Birol, said that we need to stop relying on Russian gas: [прокачки «Газпромом»] aims to keep Europe from filling its vaults and increase Russia’s influence during the winter months.”

IEA: Europe must be ready for a complete shutdown of Russian gas in winter

Gas has become and will continue to be a scarce commodity, a veritable “gas crisis” has erupted, Habek said Thursday:

Prices are already high, and we need to prepare for their further growth. This will have implications for industrial production and place a heavy burden on consumers. This is an external shock. The gas is being used as a weapon against Germany.

So far, the reduction in supplies does not affect daily life, since its consumption in summer is 20-25% of the winter level. But if storage isn’t full by autumn, “we’re going to run out of gas quickly,” says Jörg Rothermel, director of energy at the German Chemical Industries Association: “And the Federal Grid Agency will have to instruct companies to reduce their gas consumption or even stop production.”

“Coal is on fire again,” Ole Hansen, head of commodity strategy at Saxo Bank, told CNBC Thursday. With Russian gas cuts, Europe is in a quandary and sees coal as a “short-term solution” to replace it, Hansen said. Germany, the Netherlands and Austria are commissioning previously closed coal-fired power plants. Coal producers focused on reducing demand, but now it and, accordingly, prices will be higher, Hansen wrote on Twitter. And gas prices in the winter of 2022-2023. he sees above 130 EUR/MWh.