Gadget prices jumped 20% after the launch of “parallel imports” 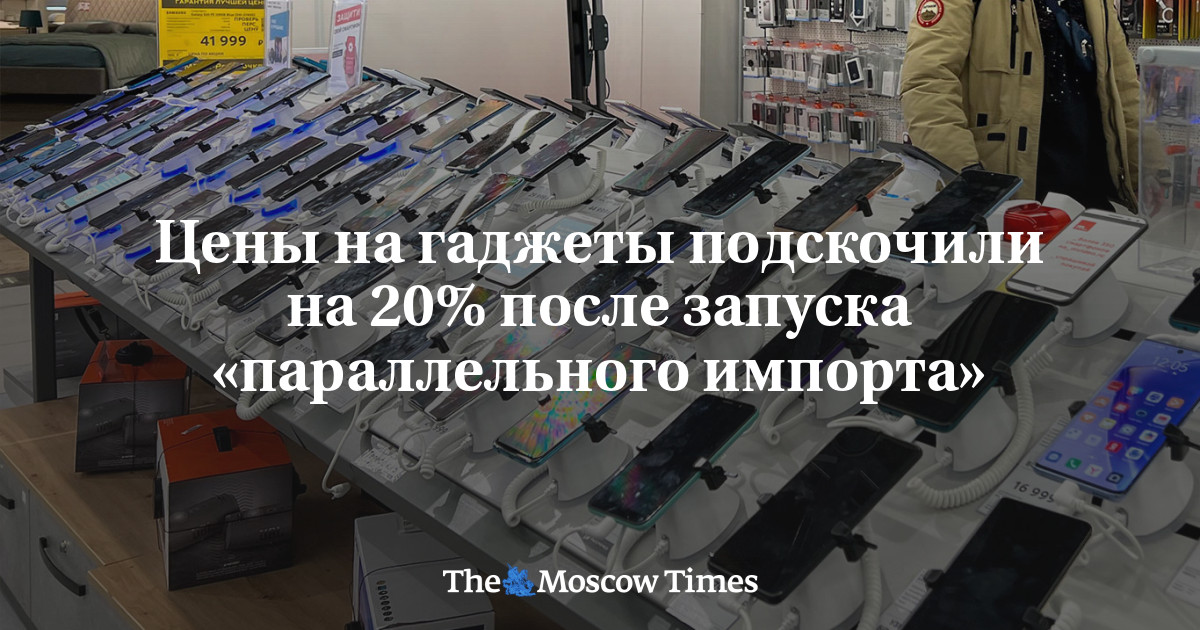 We are talking about Samsung smartphones and watches, the latest line of iPhones and game consoles PlayStation, Xbox and Nintendo – in total, the range has been expanded by more than 100 commodity items. However, such equipment will be more expensive by 10-20%.

Wherein, According to the president of Svyaznoy, Alexei Vukolov, the reserves formed before the war in Ukraine will be enough for another two or three months.

Svyaznoy promised to provide an official guarantee for gadgets imported under the “parallel import” scheme.

All these products are intended only for the EAEU countries, so there will be no problems with device activation. Service covers all devices.

However, the maintenance costs will be passed on to the importer. Who imports equipment for Svyaznoy, the company did not specify. Merlion and OSC, major electronics distributors, declined to comment. Di House did not respond to the publication.

According to Kommersant, other online marketplaces could also use parallel imports, but so far they are afraid to talk about it openly, because they are still counting on the renewal of relations with manufacturers.

M.Video-Eldorado reported that they were considering “available opportunities within the framework of the legislation.” MTS said that “the sales system complies with Russian legislation.” MegaFon said that current inventory is still sufficient to meet demand.

At the same time, a Kommersant source in the electronics market noted that Russia still faces problems with the activation of devices put on the EAEU market, despite the common customs space and common low-voltage and other regulations. In particular, the main vendor can block the activation of gadgets that were intended for another region – the manufacturer tracks this by serial numbers and IMEI (unique phone code). Previously, buyers of Samsung equipment faced this.

Smuggled iPhones may be blocked in Russia

The experts added that the return of money for faulty gadgets will fall on the shoulders of the retailer. The head of Marvel Distribution, Alexey Melnikov, explained that this follows from the law on consumer rights. “However, finding the final guarantor is very difficult, because with parallel imports, the retailer does not have manufacturer protection, as it used to be. It turns out that the seller will finance such operations from his own pocket,” he said.

Due to the Russian war in Ukraine, supplies to the country were stopped by Apple, Samsung and a number of other manufacturers. In this regard, the government decided to introduce the so-called “parallel import”, that is, the import of licensed goods without the consent of the copyright holder through other countries. The State Duma approved the corresponding law on June 21.

At the beginning of May, the Ministry of Industry and Trade published list of goods for parallel import. It includes more than 50 categories. Among them are diapers, cosmetics, smartphones, cars, metals and nuclear reactors.

Back from the Fête de la Musique in Perpignan, we give you the program!

Narbonne: the crowd danced on the stages of the Fête de la Musique