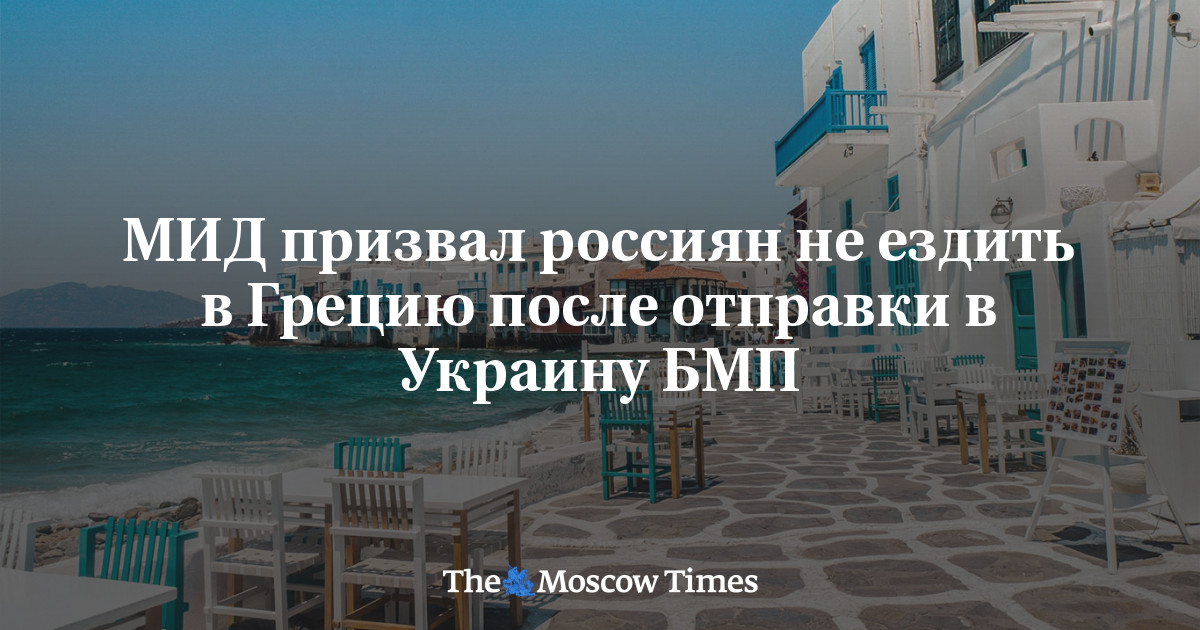 A week after the announcement of Athens’ plans to send infantry fighting vehicles to the Ukrainian army, the Russian Foreign Ministry began dissuading Russian tourists from traveling to Greece. As he said in an interview with TASS Director of the Fourth European Department of the Ministry of Foreign Affairs of the Russian Federation Yuri Pilipson, diplomats receive reports of facts of discrimination and aggression against Russians.

According to the representative of the Ministry of Foreign Affairs, this is happening in conditions anti-Russian rhetoric from Greek officials and “disinformation” about the war in Ukraine in the local media. “And Russian information sources have been blocked for a long time,” he added.

The Russian embassy is seeking from the Greek authorities that the International Convention on the Elimination of All Forms of Racial Discrimination of 1965 is not violated. “We will continue to take care of the Russians, to help them,” he said. The Investigative Committee has already opened several cases.

Greek Prime Minister Kyriakos Mitsotakis on June 15 announced plans to send 30 infantry fighting vehicles to the Ukrainian army. Delivery will pass as part of the re-equipment of the army park with modern machines from Germany. “MWe are helping Ukraine and at the same time strengthening our armed forces with newer combat vehicles,” Mitsotakis explained.

France was left without Russian gas

The Paris Bourse takes 1.48% and catches up with the legislative elections